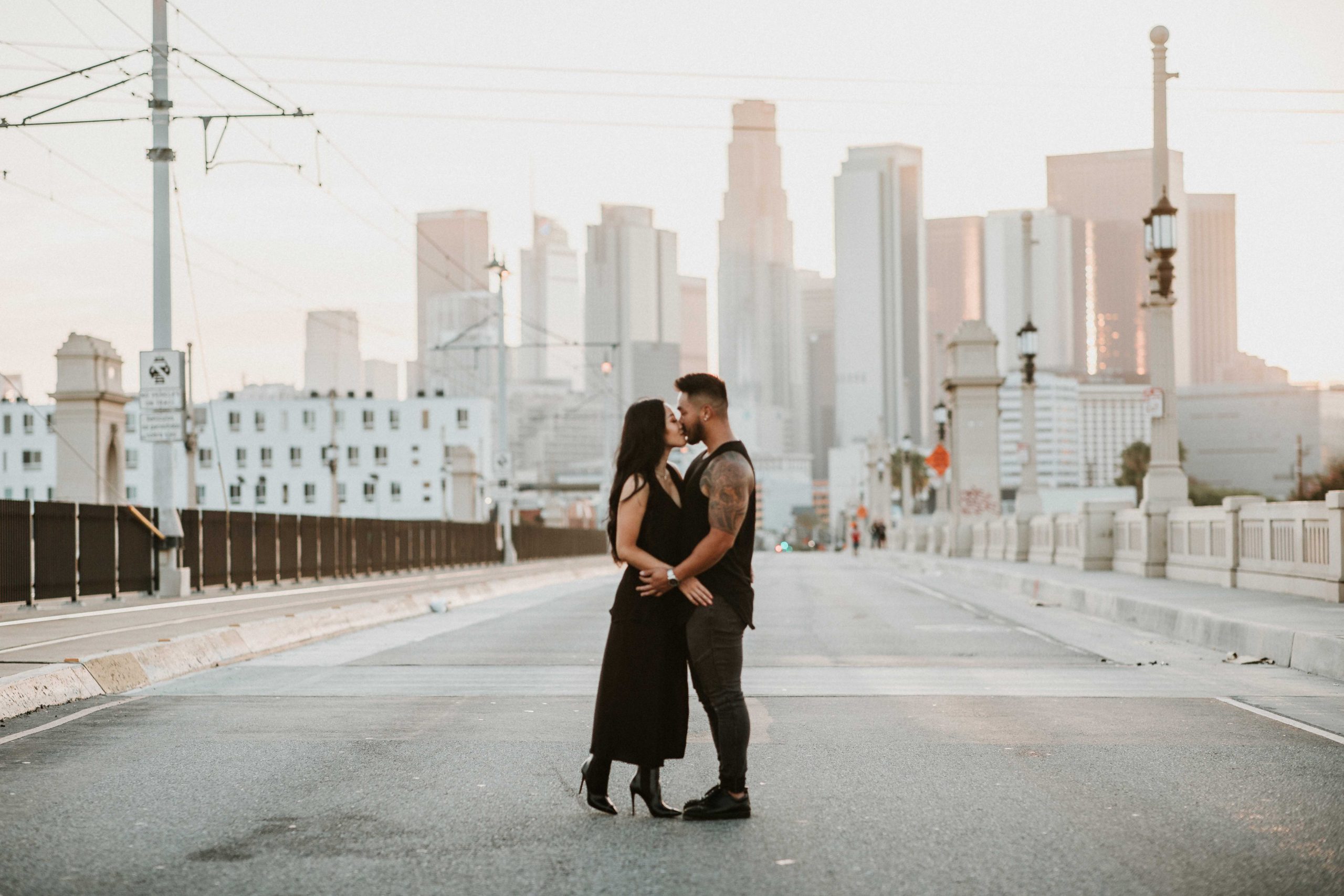 To be honest, downtown LA is the most underrated location for a couple shoots. The urban jungle is actually home to lots of Hollywood movie scenes and spots, like 500 days of summer (our personal favorite!) as an example. It’s not always the most preferred location by our couple though. That’s why we love it when Janice reached out to us for her Anniversary shoot, she knew right away she wants to do it in Downtown LA. Janice and her partner, Erick were celebrating their 7th Anniversary. This may be their first time getting a professional photo taken but their chemistry with each other is impeccable. It’s natural for people to feel awkward being in front of a stranger’s camera for the first time. That’s why it’s so important for us to take the time to get connected with our couple, to get used to us, and eventually forget they are being photographed. Of course, playing music from our favorite playlist also helps to set the mood right.

We took them to one of our favorite spots, the LA river. When you look at the photo, you may be wondering “Where’s the river?”. The shoot was taken during summer so the water level was not as high and it’s actually perfect to wander around, or even a photoshoot. Covered in a black outfit and matching Louboutine shoes, the pair looks absolutely stunning. It reminded us of the “Bonnie & Clyde” type of vibe.  The golden hour gave the perfect soft look for the photos. As the sun slowly disappeared behind the building, we rushed to the bridge to get the final photos with the LA skyline as their background.

Thank you so much Janice and Erick for trusting us to capture your Anniversary photos! 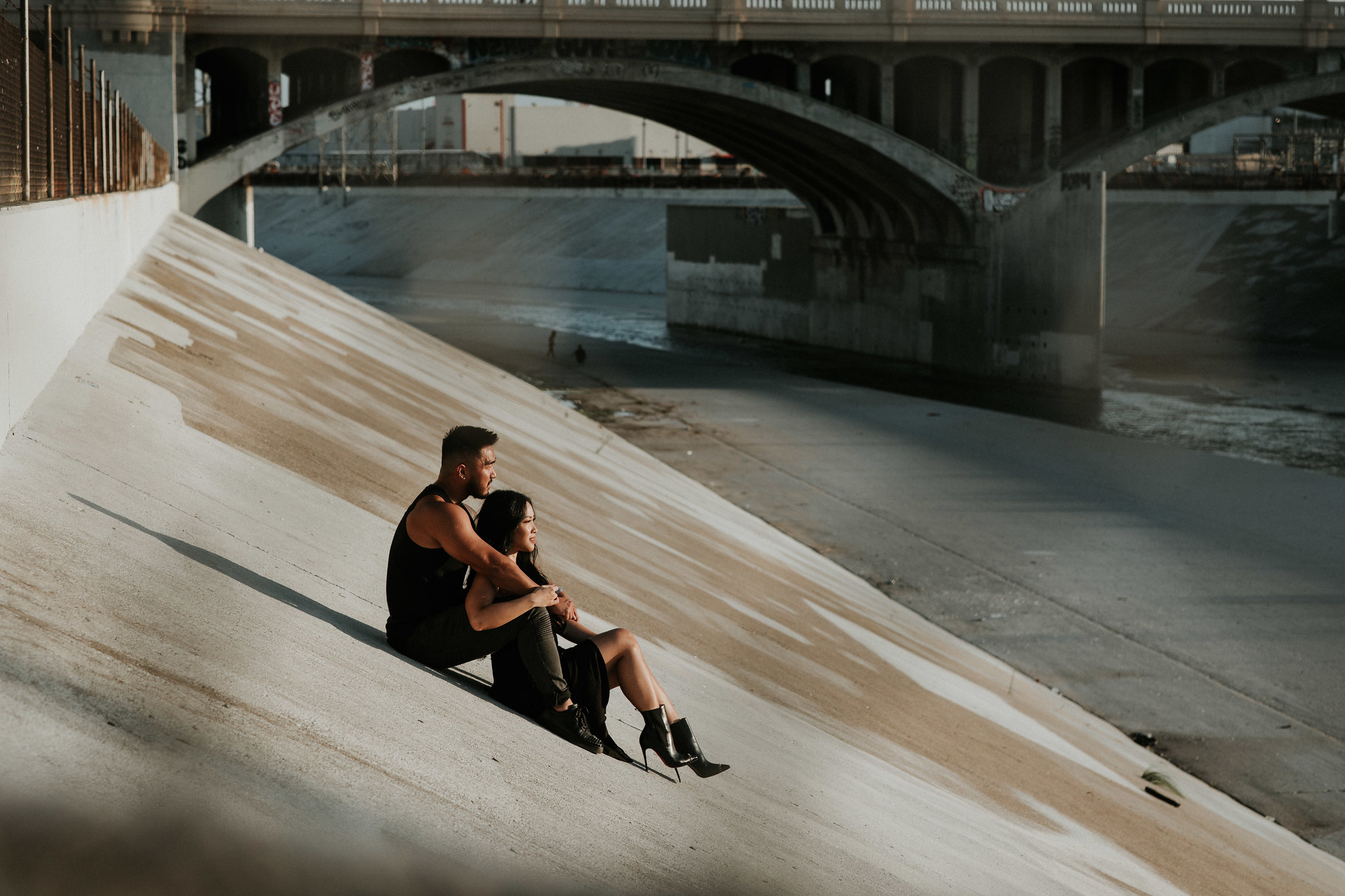 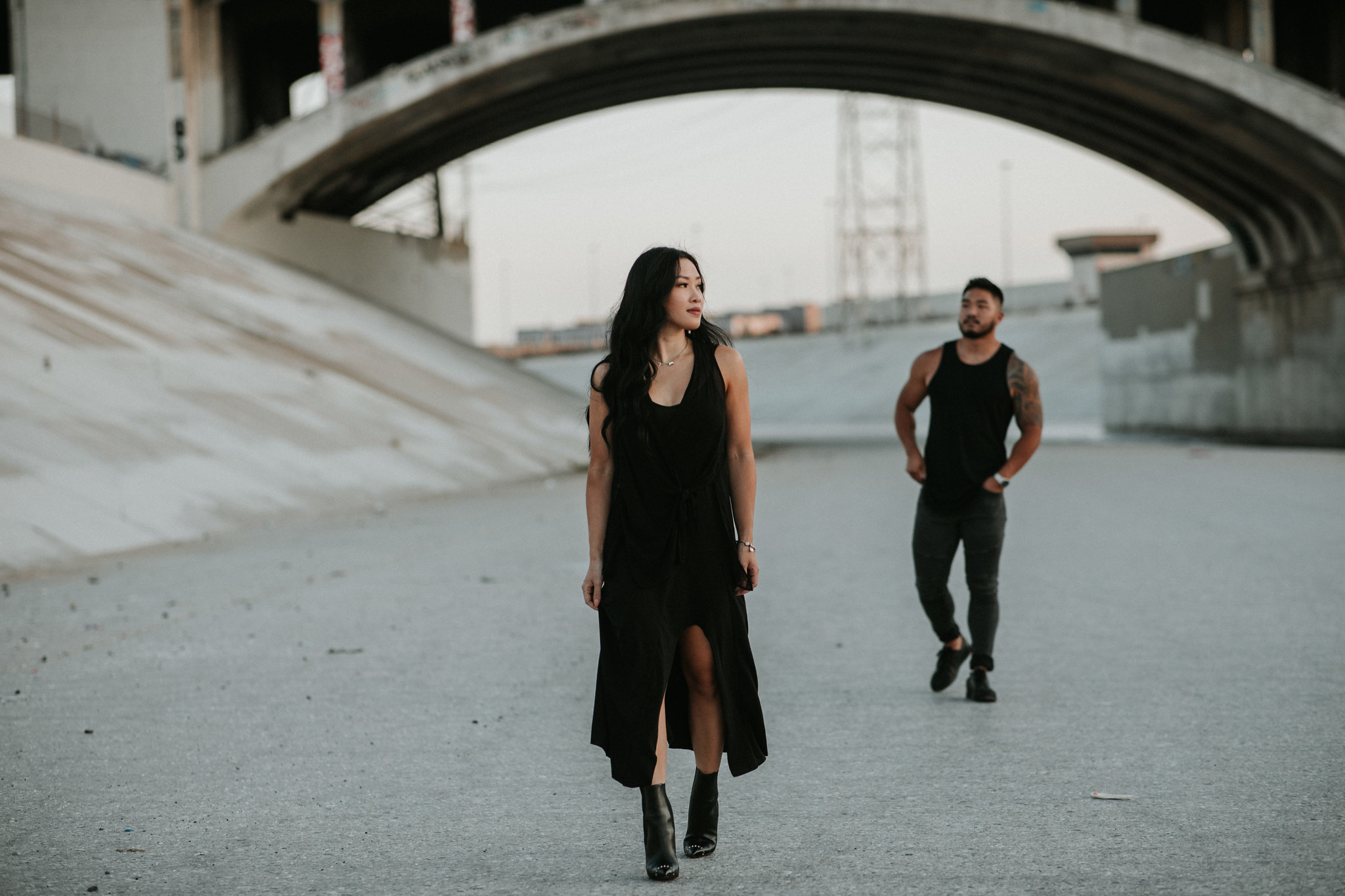 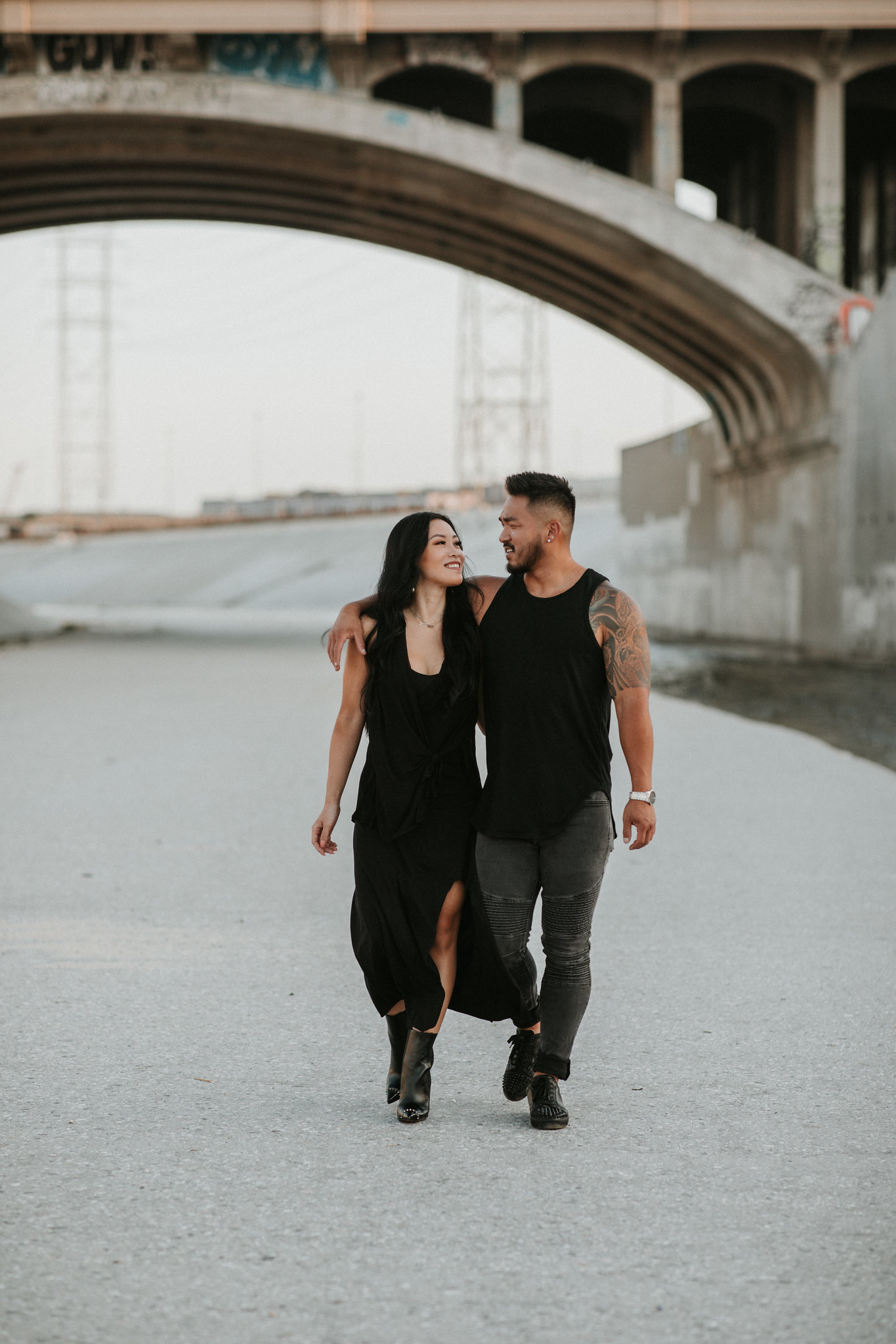 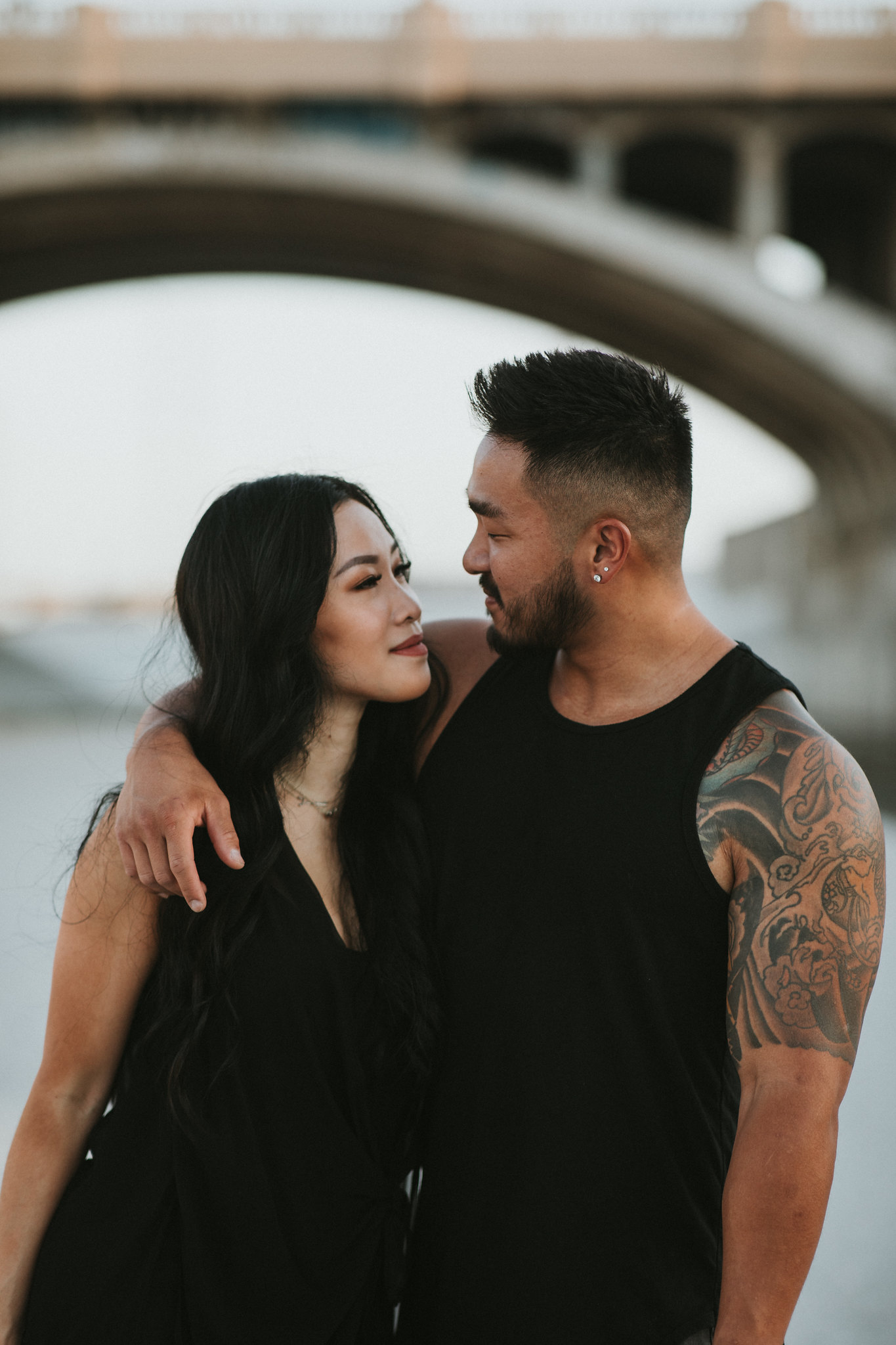 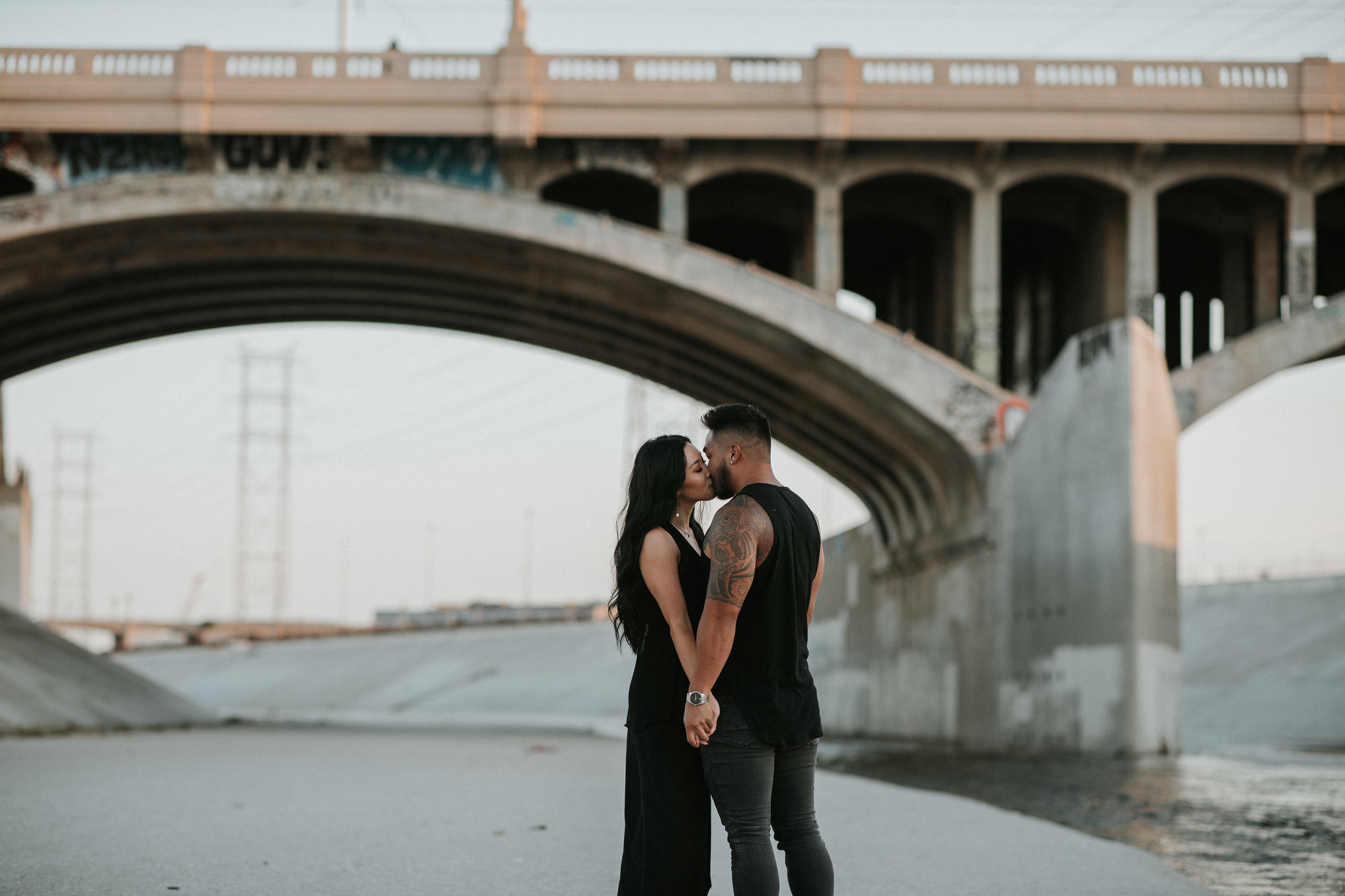 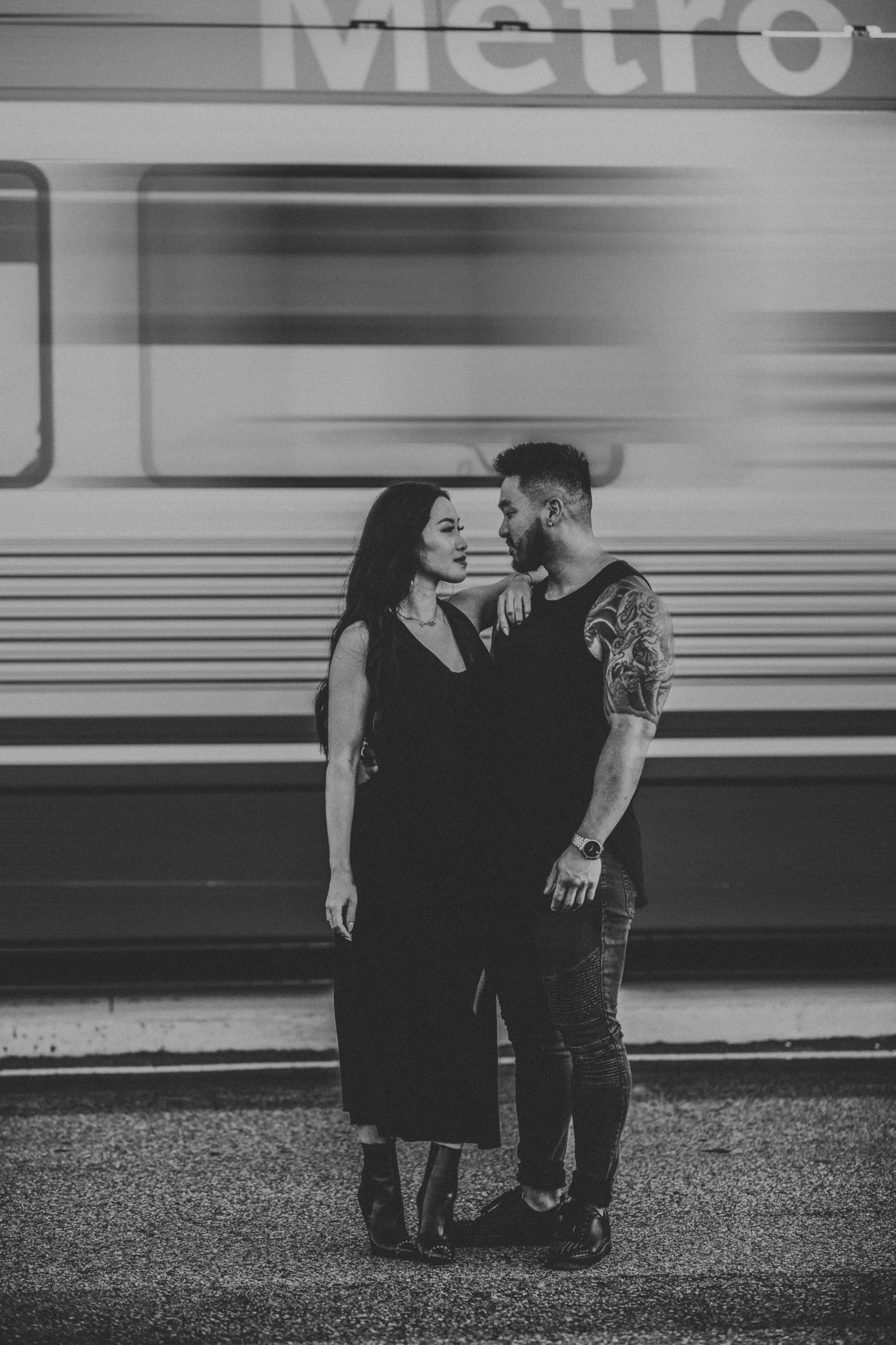 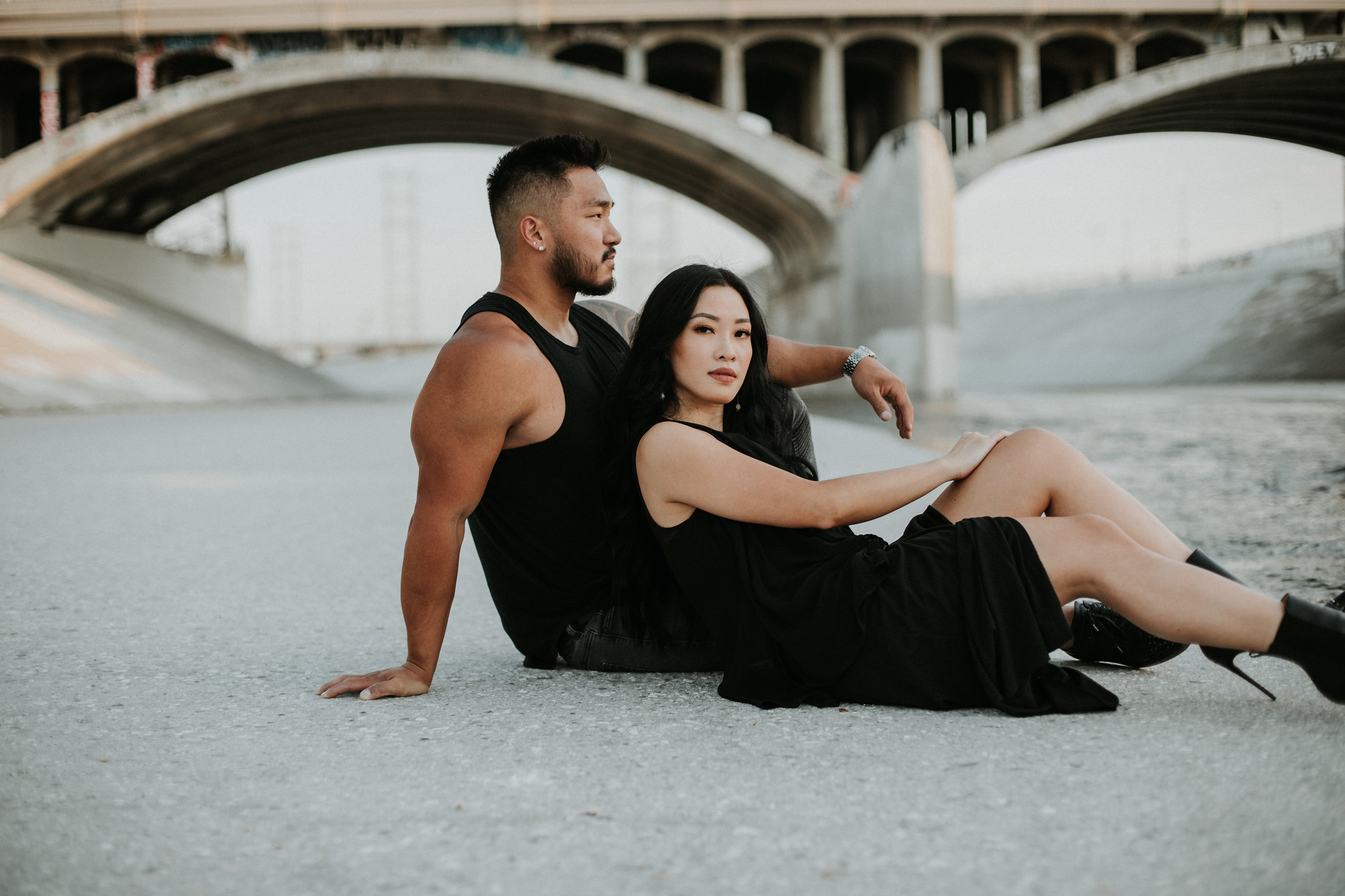 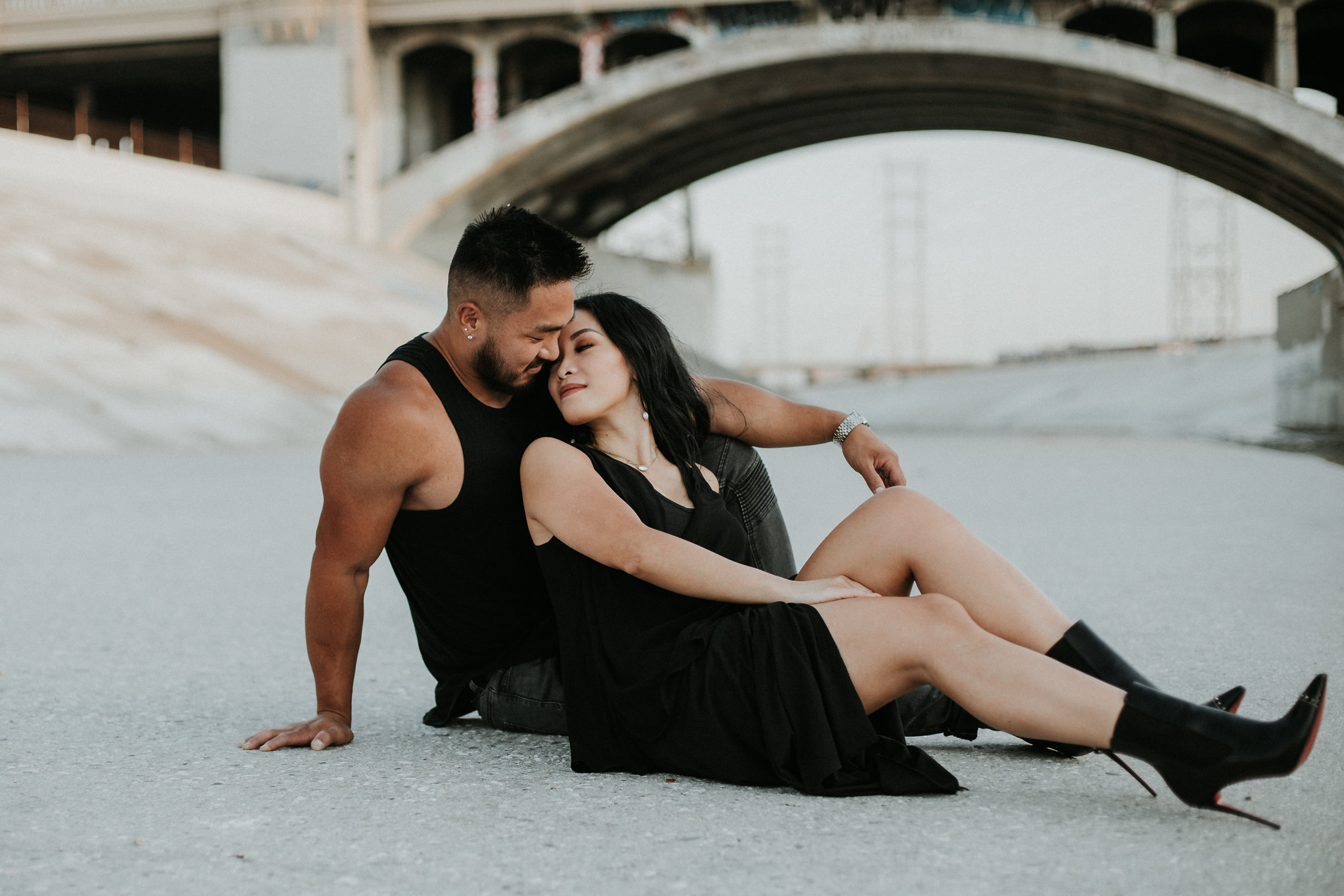 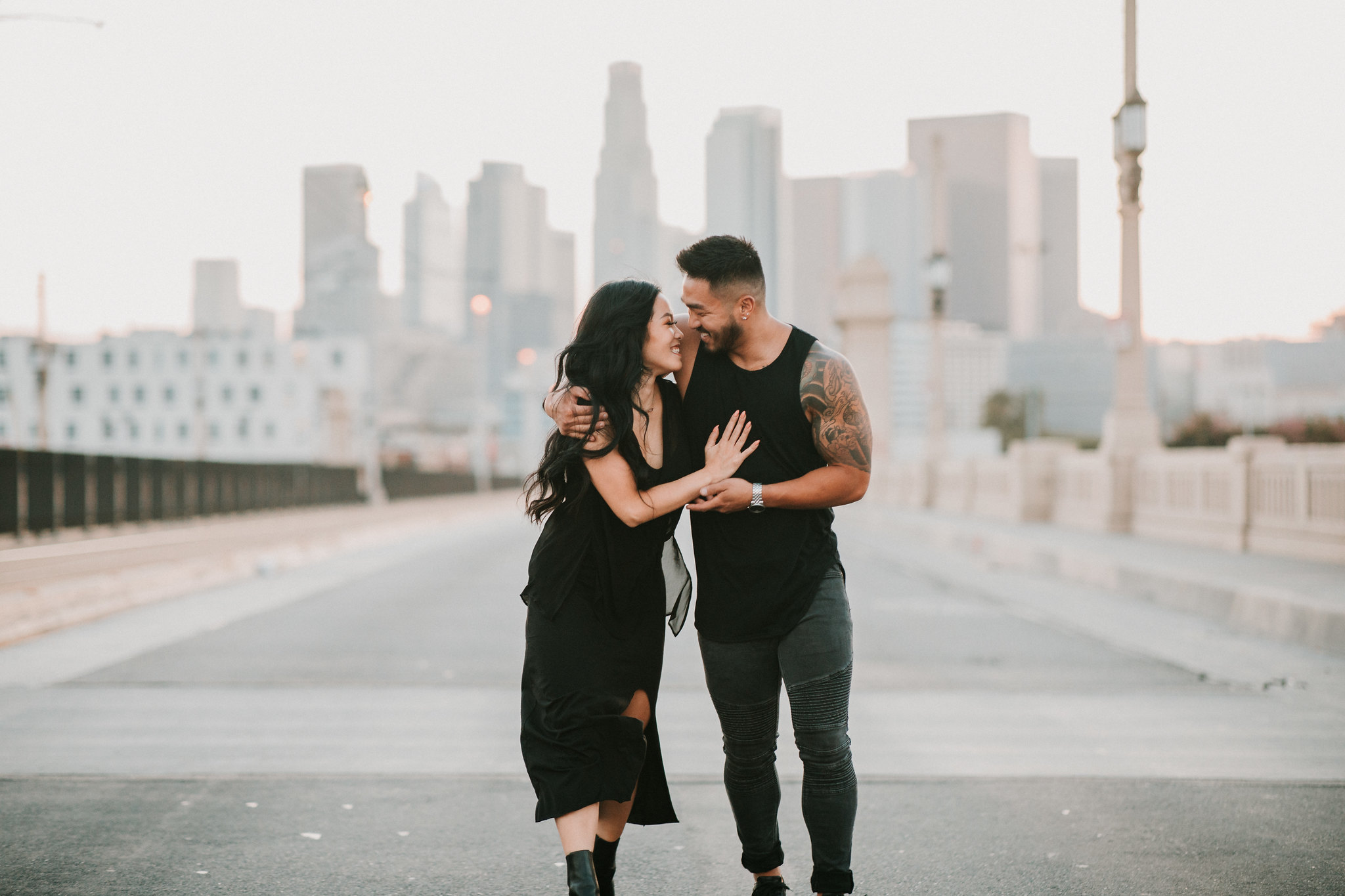 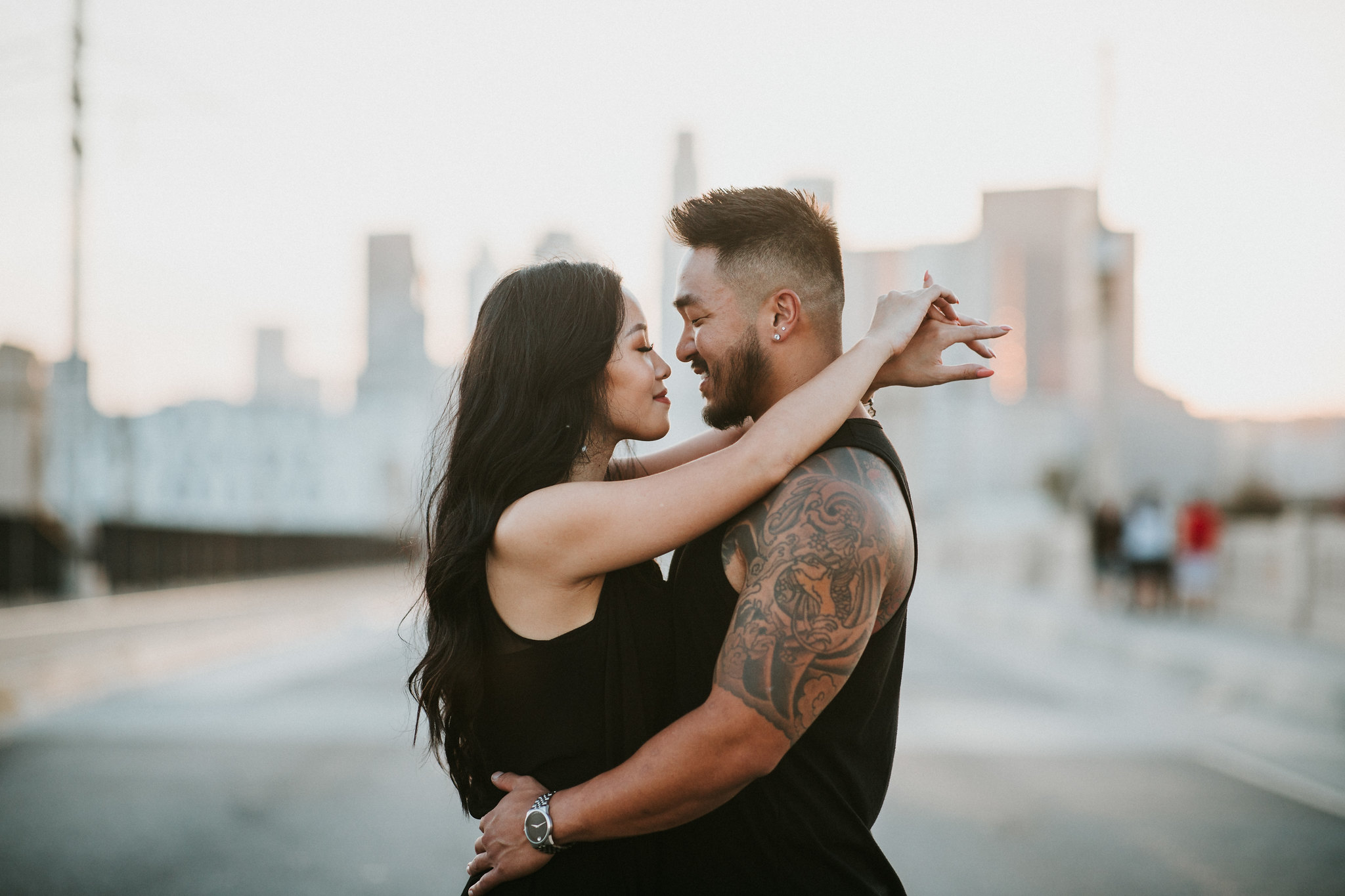 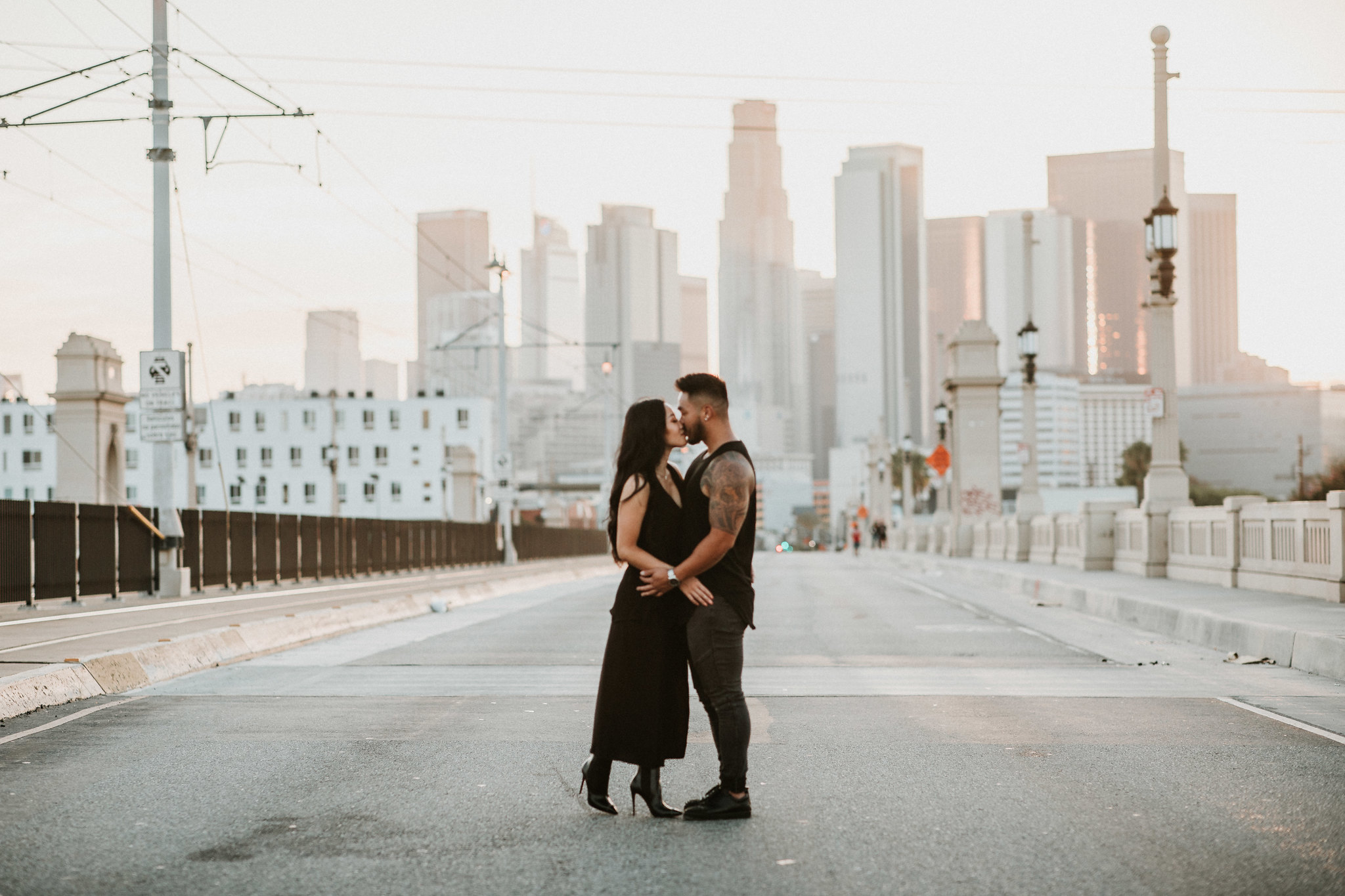 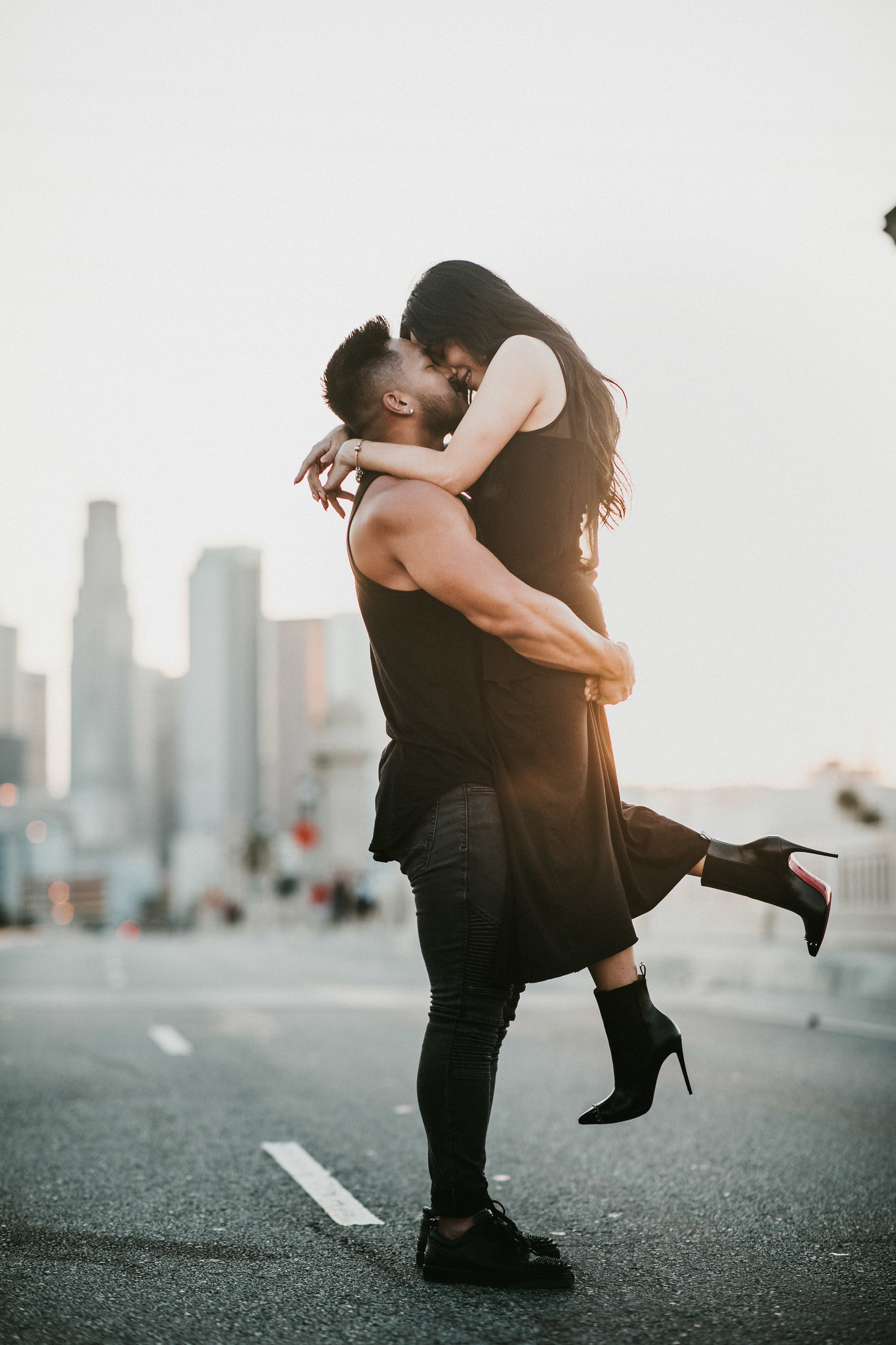 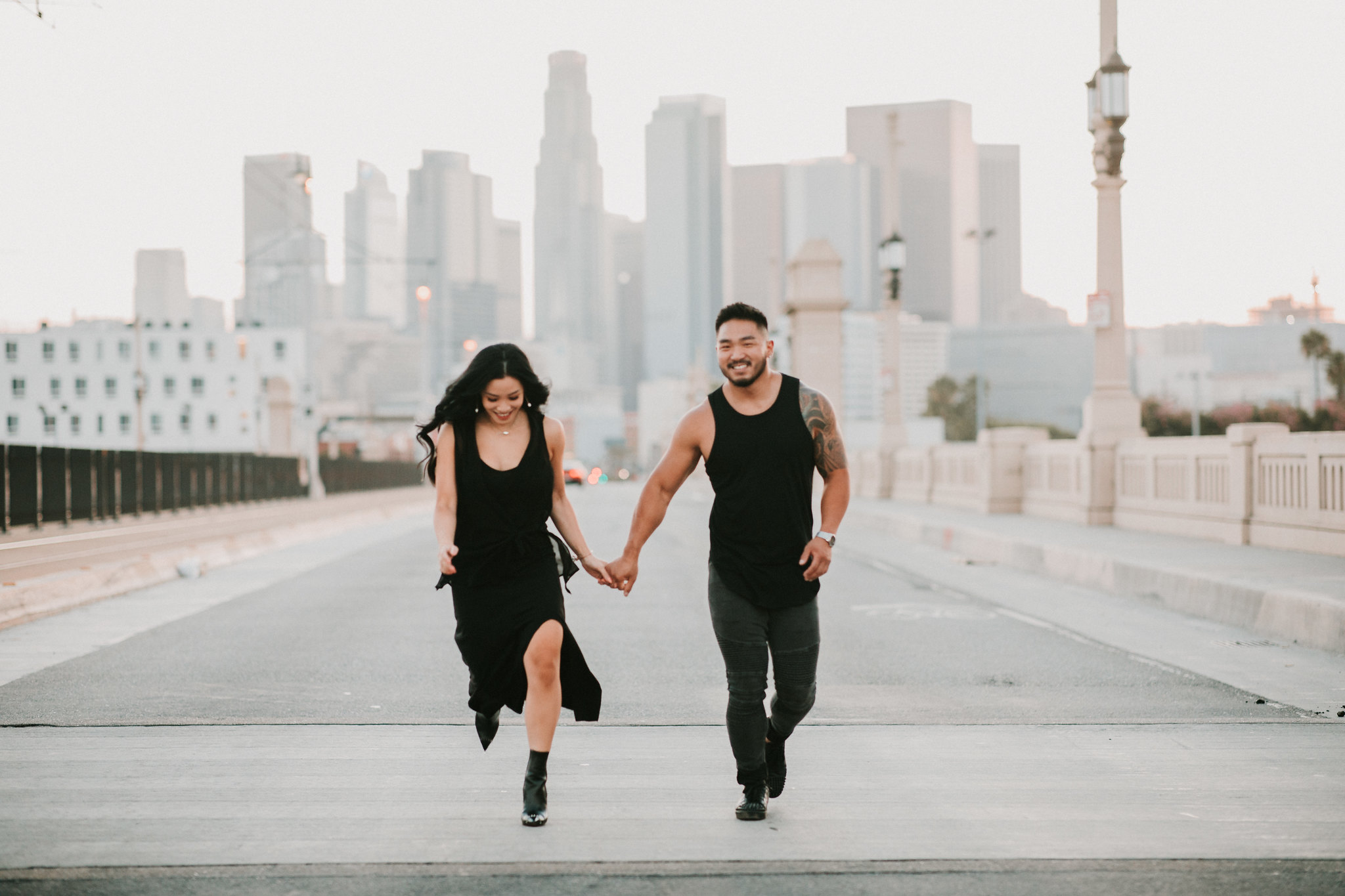 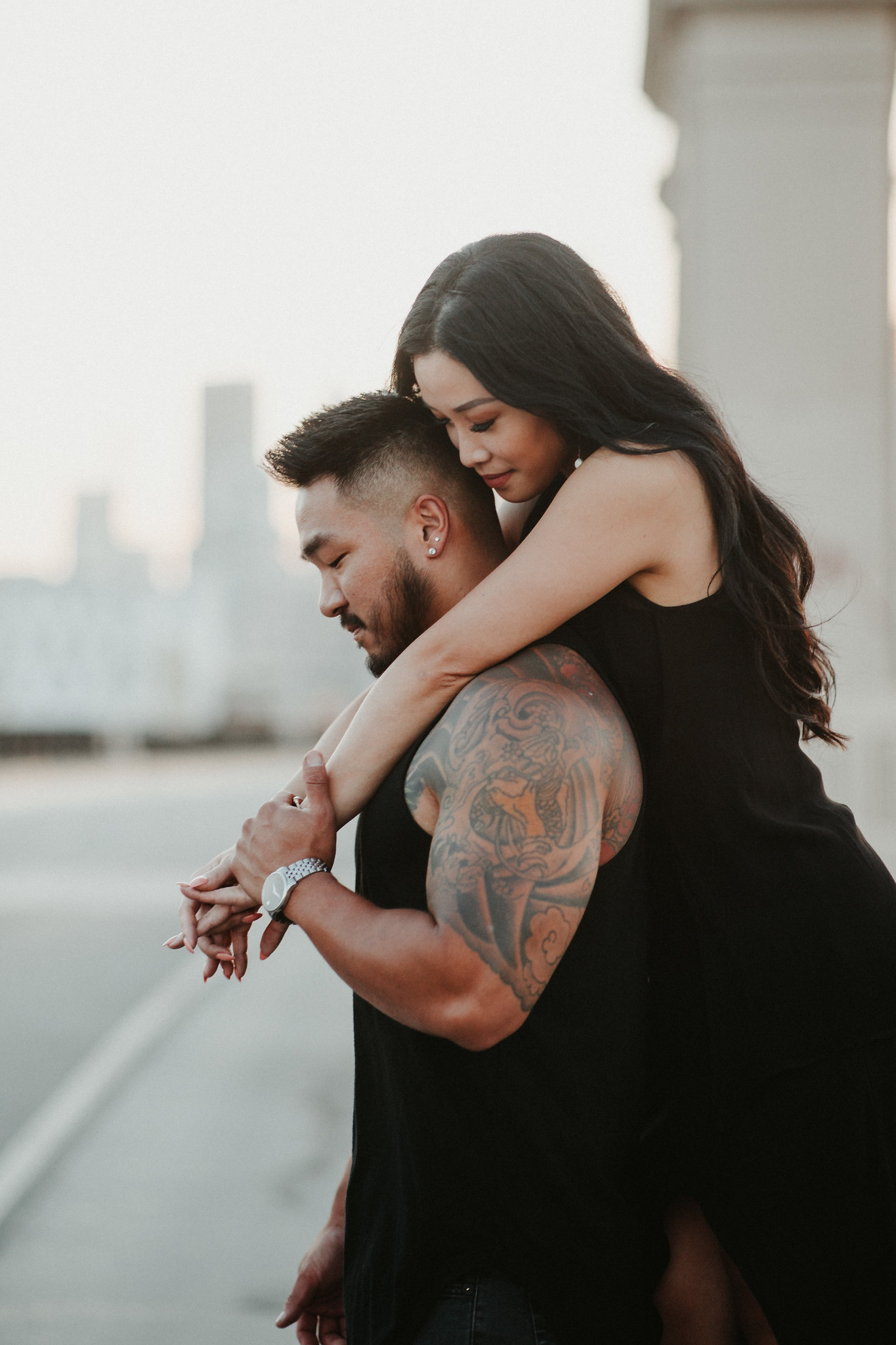 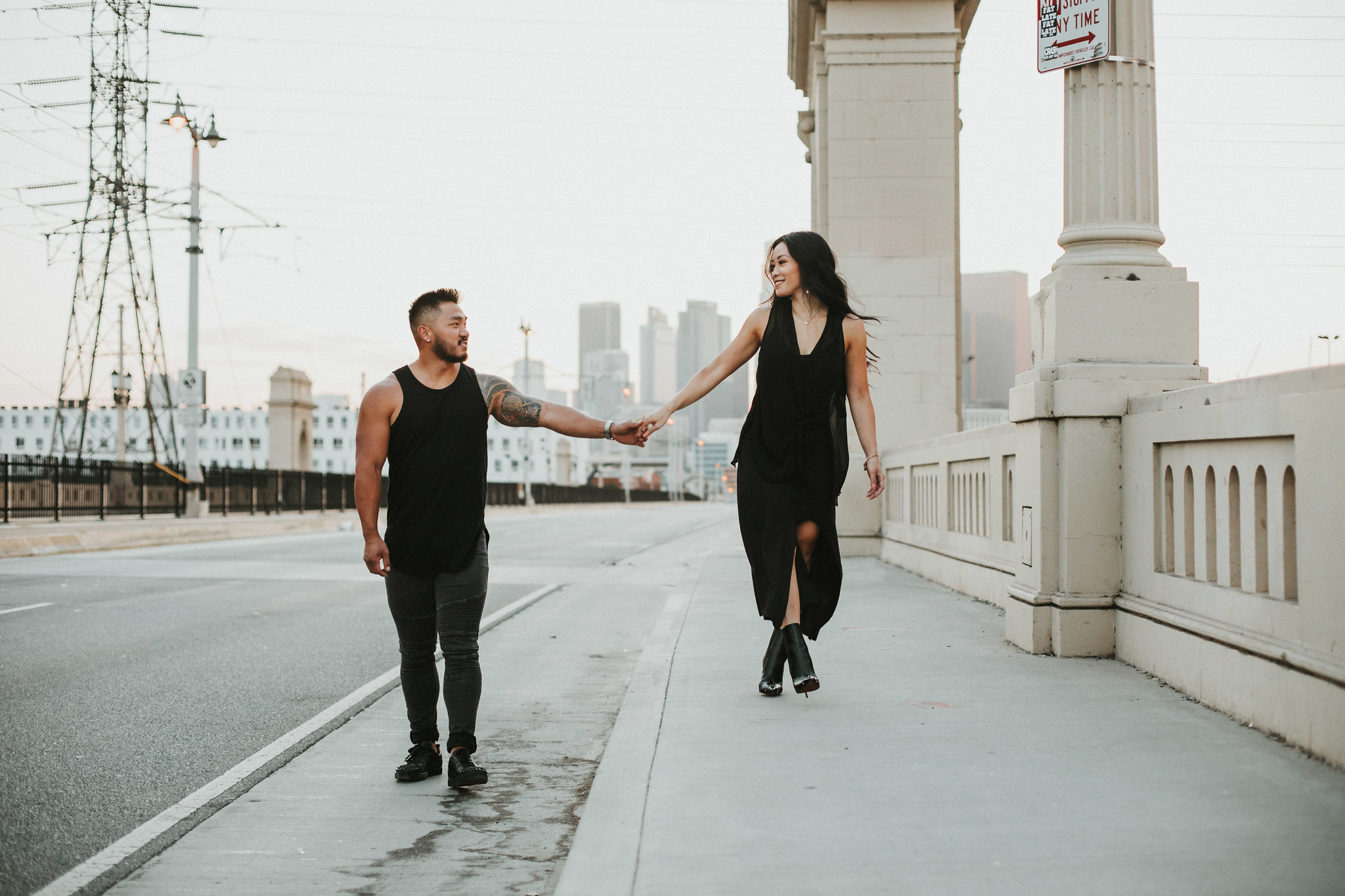 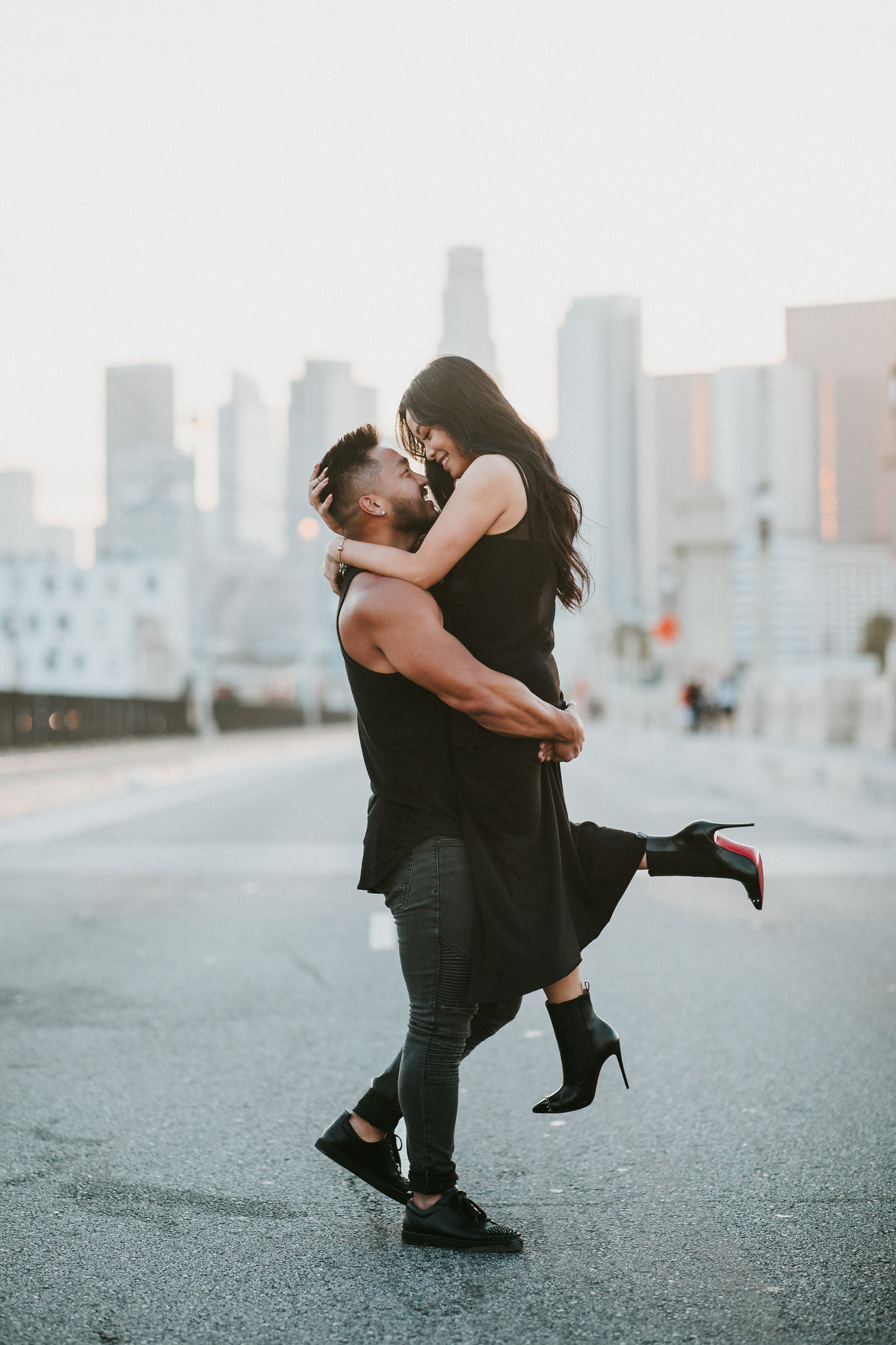 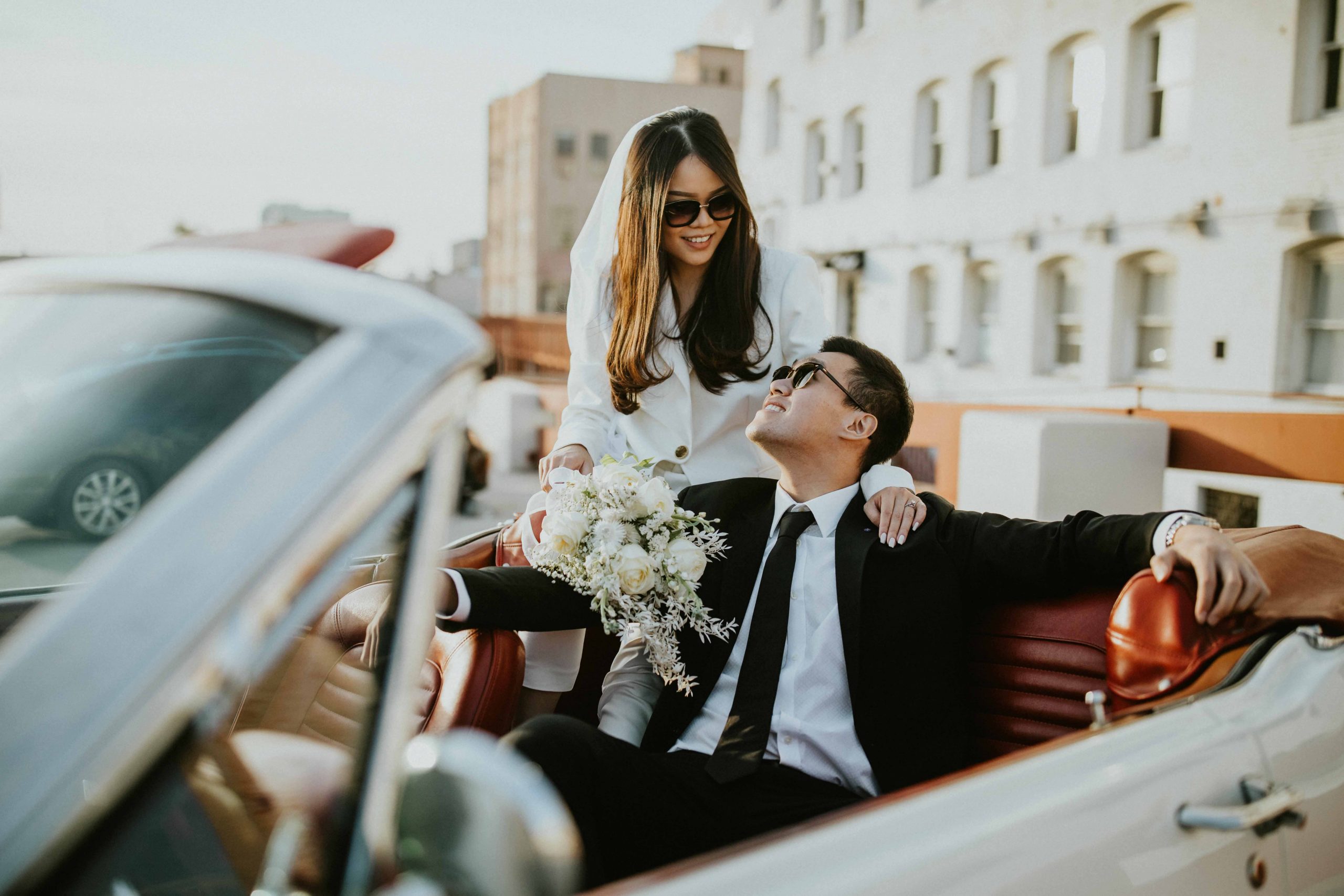 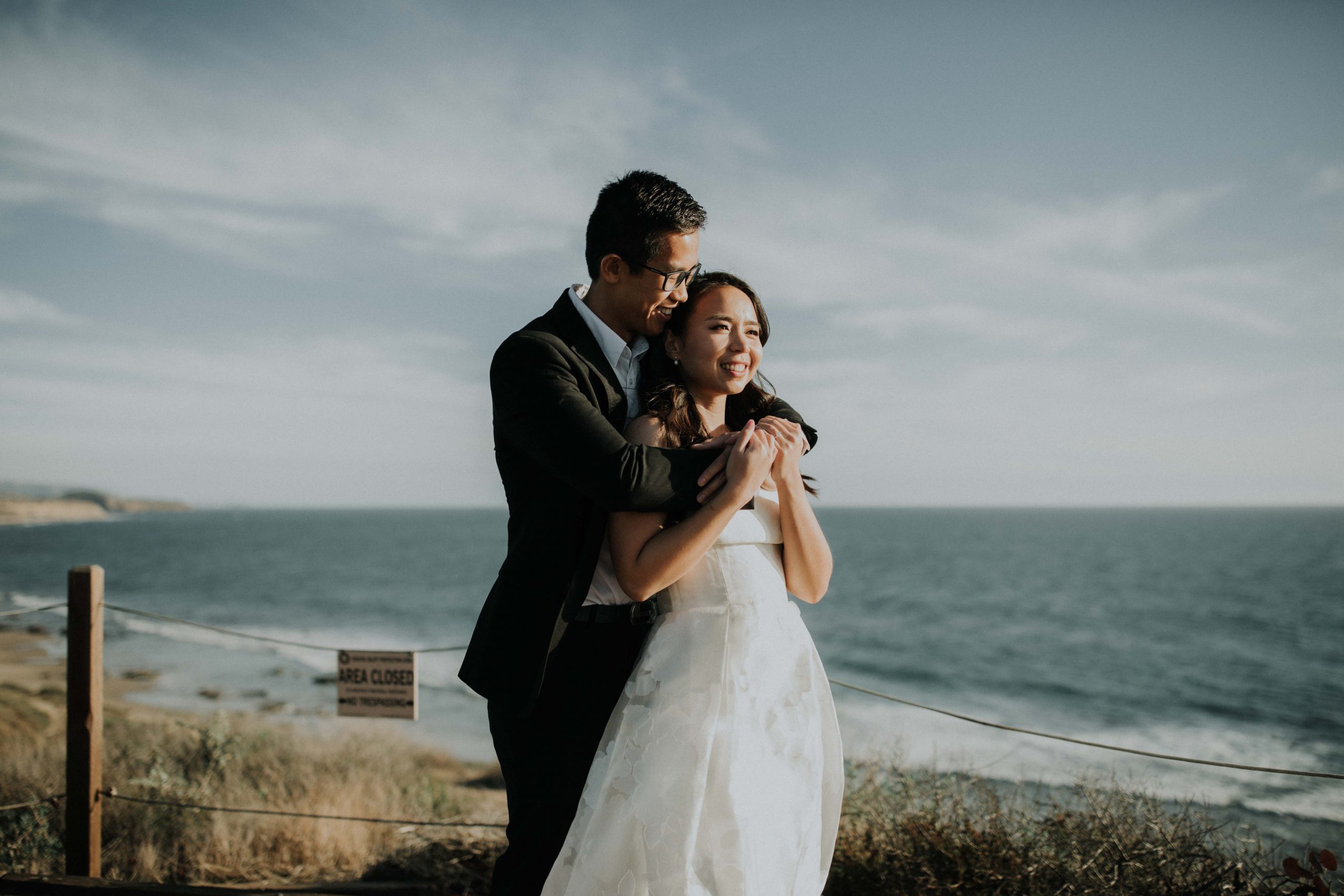 Previous post Love conquers all, even in a pandemic
Next post Quail Hill Spring Engagement Session | Anna and Nick